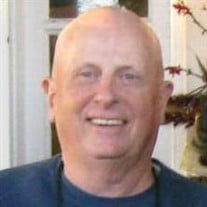 John Martin Walker, 79, passed away at his home in Catharpin, VA, on March 18, 2022. He was born on July 25, 1942, in Culpeper, VA, to William Russell Walker and Alma Louise Feaganes Walker. He attended and graduated from Culpeper High School, where he met his wife of 58 years, Sandra Haught Walker, who preceded him in death in 2018. Following graduation, they were married on July 1, 1960, and moved to Manassas, VA, where they resided until 1977 when they had their current home built in Catharpin, VA. As a young husband and father, John engaged his industrious work ethic, acquired from growing up on his parent’s farm in Batna, VA, to develop an incredible business acumen that enabled him to pursue numerous successful opportunities throughout his life. At age 18, he began his career in retail with Peebles Department Store, where he gained the necessary experience to open a children’s clothing store in the Manassas Shopping Center. The store remained open for several years while he also established himself in other fields, leading to a distributorship with The Washington Post, which he operated and maintained as a respected contractor and employer through his retirement at age 70 in 2012. He also began Walker’s Carpet Care & Janitorial Service, which remains a family business today. He partnered in joint business ventures as well. Staying true to his farming roots, he also raised cattle and other livestock for a time. Following retirement, he continued to work part-time until his health forced him to stop his lifelong career as an amazing provider for his family. Despite the years of hard work and long hours, John absolutely made time for fun. He enjoyed horseback riding, golfing, traveling, spending time in his pool, reading, socializing with friends, visiting family, and was a regular at RFK and FedEx Stadiums as a decades-long season ticket holder. He was also devoted to his community. He was a charter member of Evergreen Country Club and a longstanding member of the Bull Run Kiwanis Club; as well as an annual participant in the Manassas Christmas parade, where he shared his perfectly matched pair of Percheron draft horses by either pulling an antique fire engine for the Manassas Volunteer Fire Department or driving his own horse-drawn wagon featuring his five grandchildren and many others. In addition, he was a longtime volunteer at the annual Christmas tree lighting ceremony in Manassas, where he offered hayrides. He will be remembered for his wonderful sense of humor, his generosity, kindness, mentorship, community spirit, and his frequent mischievous behavior, among many other attributes. He is survived by his two daughters; Kimberley Sandra Walker Hale and her husband, Gary Hale, of Gainesville, VA; and Stephanie Haught Walker Crowe, and her husband, Johnnie Crowe, of Manassas, VA. Also surviving John are his grandchildren and great-grandchildren, Laura Elizabeth Hale Rauss, her husband, Patrick Rauss, and their three children Kaylin Grace, Conner Patrick, and Kinley Brooks of Gainesville, VA; Justin Michael Hale, his wife, Kristen Kelly, and their two children Hadleigh Elizabeth and Hudson Walker of Warrenton, VA; Benjamin Adam Hale of Catharpin, VA; Leslie- Brhette Crowe Pope, her husband, Aaron Pope, and their son Colton Lawrence, of Clemmons, NC; and Ian Walker Crowe, and his husband Jonathan Trinh of Washington, D.C. John is also survived by his brothers, William R. Walker, Jr, and his wife, Anne of Batna, VA; Lewis C. Walker and his wife, Dorothy, also of Batna, VA; and Samuel R. Walker of Culpeper, VA. He is also survived by several nieces and nephews, and numerous friends who loved him as family. The family will receive friends and family at 11 a.m. Saturday, April 2, with the service commencing at 12 noon at Found and Sons Funeral Home, 850 Sperryville Pike in Culpeper, VA. The family invites those unable to attend the service to watch via livestream at https://view.oneroomstreaming.com/authorise.php?k=1648690325175747 A gathering in celebration of John’s life will be held immediately following. In lieu of flowers, memorial donations are welcomed by the Alzheimer’s Association at act.alz.org An online tribute wall and guestbook are available at www.foundandsons.com Found and Sons Funeral Chapel of Culpeper is serving the family.

John Martin Walker, 79, passed away at his home in Catharpin, VA, on March 18, 2022. He was born on July 25, 1942, in Culpeper, VA, to William Russell Walker and Alma Louise Feaganes Walker. He attended and graduated from Culpeper High School,... View Obituary & Service Information

The family of John Martin Walker created this Life Tributes page to make it easy to share your memories.

John Martin Walker, 79, passed away at his home in Catharpin,...

Send flowers to the Walker family.