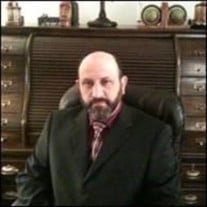 Frank Charles Franceschetti, 62, of Stafford County passed away Monday, October 18, 2021 at his home. Frank was a devoted family man who was always there when anyone needed him. He was just as committed to animals as people, and received great enjoyment interacting with his pets. He appreciated being able to spend time in nature, and enjoyed hobbies such as woodworking and astronomy. Frank had a great sense of humor - often displayed through his collection of unique ties, and the occasional treasure hunt. He enjoyed collecting ships and globes, and displayed them in his home office. Frank completed his B.S. and M.S. degrees in Electro-Optics at University of Houston - Clear Lake, within one year of each other. He was a nationally recognized expert for his work for the Department of Defense and Intelligence Community. A natural leader with a keen mind, his problem solving skills brought him great success and admiration as an Engineering Fellow at Raytheon. For nearly two decades, his innate ability for concept development to create innovative solutions to complex problems led to numerous awards - including a National Treasure Citation, a National Intelligence Award, and many others. Frank is survived by his wife of 30 years, Jacquelyn Kay Franceschetti; his parents, S. Frank and Angela Franceschetti; sister, Brenda Zeoli (Jim) of Florida; brother, Steven Franceschetti of New York; nephew, Jeffrey Zeoli of North Carolina; and many other family members and close friends. Frank’s family will receive friends from 6:00-8:00 p.m. Monday, October 25, 2021 at Found and Sons Funeral Chapel, 10719 Courthouse Road, Fredericksburg. A funeral mass will be said at 11:00 a.m. Tuesday, October 26, 2021 in the funeral home chapel. In lieu of flowers, Frank’s family requests that expressions of sympathy take the form of donations to the Purrs & Whiskers Inc. Cat Rescue in Stafford, Virginia. Online condolences may be expressed to his family at foundandsons.com.

Frank Charles Franceschetti, 62, of Stafford County passed away Monday, October 18, 2021 at his home. Frank was a devoted family man who was always there when anyone needed him. He was just as committed to animals as people, and received great... View Obituary & Service Information

The family of Frank Charles Franceschetti created this Life Tributes page to make it easy to share your memories.

Send flowers to the Franceschetti family.