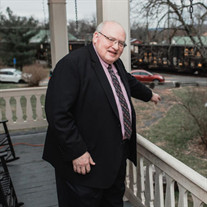 Lieutenant Commander Francis Devereux (USNA), 68, from Fredericksburg, Virginia passed away October 31, 2021. Francis was born in Brooklyn, New York, on July 21, 1953, and grew up near Houston, Texas. Francis was the eldest of six children to Frank and Rosaria “Sadie” Devereux. The close-knit Irish-Italian Catholic family of eight lived together in Bellaire, Texas. Francis had an active youth playing baseball, basketball, and football. He graduated from Bellaire High School and was appointed to the United States Naval Academy by Senator John Tower. While at the Academy, he played two seasons of football and graduated in 1976 with a Bachelor of Science in Operations Research. Francis continued his military education at the Naval Postgraduate School in Monterey California, earning a Master of Science in Operations Research in 1982. He also attended the U.S. Naval War College in Newport, Rhode Island, for Surface Warfare Officers School. During his 17-year-long career in the Navy, Francis served on four various combat vessels including the USS Theodore Roosevelt (CVN-71), USS Antrim (FFG-20), USS Klakring (FFG-42), and USS Ponce (LPD-15). The U.S. Navy designated Francis as a proven sub-specialist in Operations Research and Operational Logistics. He left the Navy in 1992, rising to the rank of Lieutenant Commander. Francis continued to serve his country as a government contractor, running intricate models and simulations for classified military research projects. His work focused on defense planning, strategies, and plans for conflicts, and mostly took place within secure vaults at the Pentagon. Another duty Francis held dearly was being a father to his three children with Ann Devereux. He supported his children’s musical and athletic interests by attending orchestra concerts, soccer games, and swim meets. Francis said he was blessed to find Colleen, his second wife. Together they took many adventures, held game nights with friends, and hosted a great number of delicious cookouts. The pair bonded over history, as Francis was very interested in the Civil War. Francis and Colleen enjoyed many visits together to local battlefields, including one of their first dates to the Chancellorsville Battlefield in Fredericksburg. The light inside Francis came alive when he was playing games with family and friends. He loved rolling the dice and playing cards, especially poker and blackjack. Francis and Colleen would take day trips to Harrington Casino in Delaware to participate in poker tournaments. Along the way to Harrington, Colleen would notably post update videos on Facebook, jokingly asking friends for “sponsorships.” Francis also loved being the “Conductor” during dominoes night, lining up the tiles just right so the train would not get out of control. He also loved playing fantasy games with his friends. He would be the “Dungeon Master” for Dungeons and Dragons, writing his own storyline based on the Naval Academy and famously keeping his dice in a purple Crown Royal bag. Francis’ family and friends remember him as having a love for life and taking care of those around him. At 6 feet 2 inches, many referred to him as a gentle giant. Francis was known for his generosity and kindness. Francis was preceded in death by his father, Frank, and mother, Rosaria. He is survived by his wife, Colleen, his children Allison, Meredith, and Andrew, and their mother Ann Devereux, step-daughters, Elizabeth White, Heather White, and Jacquelyn Page, brothers and sisters, Mary Nantz, Janet Peake, Andrea Devereux, and James Devereux, of Houston, Texas and Richard Devereux, of Pensacola, Florida, nieces, nephews, great-nieces, great-nephews, and step-grandchildren, all of who love and miss him. An in-person and virtual memorial service in Francis’ honor will take place November 14, 2021 at 1:00 P.M. at Found and Sons Funeral Chapel, 10719 Courthouse Road, Fredericksburg, VA, 22407. Face masks will be required for those attending the in-person service. Masks will be provided at the door. Following the service, the family will host a gathering at Francis and Colleen's home. The family respectfully asks that only those who are fully vaccinated attend. In lieu of flowers, the family requests memorial contributions be made “In Memory of Francis Devereux” to the Naval Academy “Class of 76 Project” through the Alumni Association. Donations by mail may be addressed to the attention of Liz Root, Director, Gift Administration, U.S. Naval Academy Foundation, 274 Wood Road, Annapolis, Maryland 21402, by phone (410) 295-4115 or made online www.usna.com.

The family of LCDR Francis Devereux created this Life Tributes page to make it easy to share your memories.

Send flowers to the Devereux family.