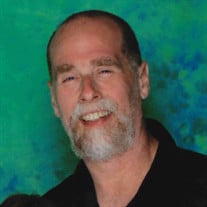 William “Bill” “Ski” Alan Ptaszynski, 55, of Rixeyville passed away on Tuesday, November 9, 2021. He was born July 17, 1966 in Baltimore, MD to Mary Anna Ptaszynski and the late William Thomas Ptaszynski. In addition to his mother, he is survived by his wife, Ellen Ptaszynski; one stepson, Christopher Lowe; one brother, Joseph Ptaszynski (Heather); his dogs Reina and Gemma; his cats, Eli, Nitro, Oliver and Mack. Additional survivors include his uncle, Bruce Hoffman (Peggy); nephew, Garrett Ptaszynski (Dawn); great nephew, Warren Ptaszynski, niece, Megan Ptaszynski; and additional family members and numerous friends. Bill grew up in Belair, MD, graduated from Harford Technical High School which lead to a lifetime of careers in the automotive field. He had a passion for older hot rods and Harley Davidson motorcycles. His love of both came from his dad growing up and Bill rebuilt many different cars during his life. Of all the cars he loved, his favorite was the Gold Buick 72 GSX stage 1 he took to many cars shows. This car was featured in a car magazine in 1994. These hot rod car shows grew into many friendships that continued throughout his life. His passion for Harley Davidson motorcycles led to many throughout his life starting with a Sportster ending with a 1995 Electra Glide. His famous words for any of the motorcycles he owned throughout the years was “Oh I am not doing anything to it but ride it” –within no time the motorcycle was in many pieces in the garage transforming into a customized bike that became a first-place winner in many bikes shows from Virginia to Florida. Two of his projects were published in magazines. The first in American Iron for his 2003 Road Glide and the second American Iron garage when he “gently” did some work on his dad’s 1995 Electra Glide Standard that was passed down to Bill after his dad passed. His last project was our 2002 Jeep TJ, in which he brought home the first-place trophy in his class from the Show & Grime in SC we attended just two weeks ago. His knowledge in the mechanical industry was phenomenal. He was a wizard when it came to that. His last job was at Johnson’s Hydraulics and Supply in Bealeton, Va. He started there in November 2018 growing the business 625% in the first year of him working there and doubling it each year after. He made many new friends running that business and he ran it like he owned it! A memorial service will be held on Friday, November 19, 2021 at 3 p.m. at Found and Sons Funeral Chapel, 850 Sperryville Pike, Culpeper, VA with Pastor Derrick Rawlings officiating. The family will receive friends two hours prior to the service. The family invites those unable to attend to join the service via livestream at: https://view.oneroomstreaming.com/authorise.php?k=1636601267147590 Following the service, the family will receive family and friends at Luigi's Italian Restaurant, 235 Southgate Shopping Center, Culpeper, VA 22701. There will be a celebration of life in Maryland in the area he grew up in at a later date. In lieu of flowers, donations can be made in Bill's name to Crawlin' For A Cause, PO Box 955, Mineral, VA 23117 or the International Rett Syndrome Foundation, 4600 Devitt Drive, Cincinnati, OH 45246 or https://www.rettsyndrome.org An online guestbook and tribute wall are available at www.foundandsons.com Found and Sons Funeral Chapel of Culpeper is serving the family.

The family of William "Bill" "Ski" Alan Ptaszynski created this Life Tributes page to make it easy to share your memories.

Send flowers to the Ptaszynski family.