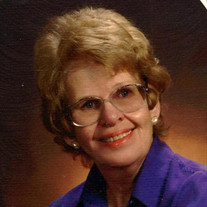 Virgia Lucille “Lucy” Hunt, 85, died on September 29, 2020 at English Meadows Assisted Living in Culpeper, Virginia. She was born December 9, 1934, in Pike County, Ohio, to Irvin Milford Hunt and Maud Belle Russell Hunt. In 1942, the family moved from Pike County, Ohio to Defiance, Ohio where Lucy attended St. John’s Lutheran School and graduated from Defiance High School. After graduation she went to work at the general Motors Plant in Defiance where she worked as a secretary for nine years. She also taught Sunday School at St. John’s and was a member of the choir. Lucy had a great desire to travel and moved to Phoenix, Arizona in 1961 where she worked as a secretary for six individuals at the Goodyear Aerospace Plant. In 1963, still wanting to see the world, she moved to Washington D.C., to take a job with Central Intelligence Agency. She spent 25 years with the Agency traveling to Thailand, Vietnam, Germany, Russia, Sweeden and a three month tour of duty in Romania. After her retirement in 1988, Lucy moved to Glendale, Arizona. Being an avid hiker, she decided to move to a cooler climate in Payson, Arizona and joined a hiking group. While in Payson, she was an active member of Shepherd of the Pines Lutheran Church. She also volunteered at Time Out Thrift Shop which supported a shelter for battered women. She had many friends and was always “game” to join in all the various activities in her social groups. While not having children of her own, she was always involved in her nieces and nephews’ lives. She provided housing and guidance as several started new jobs in the area. Lucy always remembered birthdays and was a genuine, kind and caring soul. In 2008, as her health began to decline, she moved to Culpeper, Virginia to be near family. She volunteered at the local food bank and the Culpeper Hospital Auxiliary Coffee Shop and was a member of Hope Lutheran Church , Manassas, Virginia. She made many friends wherever she was. She is survived by her brothers, Herman Milford Hunt (Norma) of Clifton, Colorado and sister Wilma Jean Gibler of Ruffsdale, Pennsylvania, as well as nieces and nephews, Linda (Ben) Hardaway; Donna Jesse; Cheryl (Michael) King; Amy (John) Thomas; Shelley (Tom) McNutt; Michael (Kathleen) Hunt; Tammy (Randy) Eversole; Dr. Daniel Normolle; Diane Normolle; Pam (Bud) Sterner; and Michael Gibler; Allen Gibler, as well as many more great and great great nieces and nephews. In addition to her parents, Lucy was preceded in death by her brothers, Robert Theodore Hunt, Charles Robert Hunt, and George Graham Hunt; sisters, Dorothy Helen Hunt Jesse; Elsie Marie Hunt Normolle and Mary Bernice Hunt Linebrink. Special thanks to neighbors and friends Elke Cardinal and Wally Bunker and to the Hospice of the Piedmont. A memorial service will be held on October 7, 2020 at 11 a.m. at Hope Lutheran Church, 10391 Sudley Manor Dr., Manassas, Virginia, 20109. In lieu of flowers, donations can be made to Lutheran Hour Ministries at [email protected] or 660 Mason Ridge Center Drive, St. Louis, Missouri, 63141. Interment will be at Fairview Cemetery in Culpeper, Virginia. An online guestbook and tribute wall are available at www.foundandsons.com Found and Sons Funeral Chapel of Culpeper is serving the family.

The family of Virgia Lucille Hunt created this Life Tributes page to make it easy to share your memories.

Send flowers to the Hunt family.