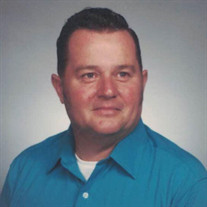 Stuart Leinenbach of Spotsylvania County, Virginia passed away at home early Friday morning on October 8, 2021 surrounded by his wife and children. Stuart was an exceptional man who was a loving and dedicated husband and father, a staunch protector, and faithful friend. Born in Ferdinand, IN on May 25, 1941 he was the middle child of eight. For those who knew him, he was a smart, hardworking, talented and witty man. Stuart spent his younger years in Ferdinand and Evansville, IN eventually settling in Maple Shade, NJ where he met his future wife, Edith. He was smitten with Edith when he was 16, they started dating when he was 17, and married at the age of 18 in June 1959. They moved to Somerdale, NJ and where they started a family and finally, in 1978, he took a company transfer to Spotsylvania, VA. He retired from his job as a Field Service Supervisor at International Harvester/Case IH/Tenneco in 2006. Stuart and Edith shared 63 wonderful years of marriage and adventures. Stuart is survived by his wife Edith, their three children; Stuart, his wife Angela, Donna, her husband Robert, and Joseph, his wife Connie; his six grandchildren; Bethany, her husband Christopher, Thomas, Gabriel, Alaina, Emily, and Aaron; a great granddaughter Aubree; his older sister Patricia of Virginia Beach, VA and younger brother Alan of Blackwood, NJ. He is preceded in death by his oldest daughter, Edith as well as his older brothers David, Maurice, and Linus and two younger brothers William and John Reed. Services will be held on Saturday, October 23, 2021 from 2:00pm to 4:00pm at Found and Sons Funeral Home located at 10719 Courthouse Rd., Fredericksburg, VA 22407. Stuart's family asks that in lieu of flowers, please send donations to the Parkinson’s Foundation.

Stuart Leinenbach of Spotsylvania County, Virginia passed away at home early Friday morning on October 8, 2021 surrounded by his wife and children. Stuart was an exceptional man who was a loving and dedicated husband and father, a staunch protector,... View Obituary & Service Information

The family of Stuart C. Leinenbach created this Life Tributes page to make it easy to share your memories.

Send flowers to the Leinenbach family.