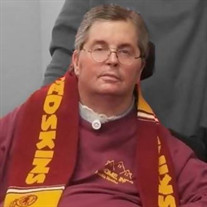 The family of Robert Wayne McVicker created this Life Tributes page to make it easy to share your memories.

On December 6th the world lost by all accounts, a first-round...

Send flowers to the McVicker family.