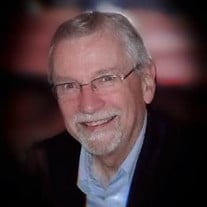 Richard Lee Shea, 76, passed away peacefully in his home on May 4, in the arms of his loving wife, during a thunderstorm as bold and lively as he. Although Richard's rapid decline was a shock to his family and loved ones, they are blessed for the time they had and grateful for the chance to be together as a family when he left this earthly plane. Richard was born in October 1945 in Washington, DC. He lived most of his life in the DC area, enjoying its sports and culture, if not the traffic. A Washingtonian through and through, he attended Sidwell Friends, Blessed Sacrament, and Gonzaga College High School; and left the area only to attend Villanova University where he graduated in 1968 with a Bachler of Arts. He returned to Washington, DC to attend American University where he graduated with a Juris Doctorate in 1972. DC was always home and the strongest pull back to the area was the presence of the love of his life, Teresa Marie Suraci Shea. They met in March of 1964, dated throughout college, and married in August 1969, spending over 58 years together. Richard and Terry had two children: Brendan Fean Shea and Erin Lee Shea Travis. While his children were growing up, Richard was actively involved with the youth soccer community and coached several teams, both boys and girls. Even after his own children moved beyond the pitch, Richard continued to coach a master's women team and share his love of the game. Richard is survived by his wife, two children, their spouses: Judith Desiree Shea and Daniel Robert Travis respectively, as well as one granddaughter: Evelynn Lee Travis. Richard retired after over 25 years in legal writing and editing and spent the remainder of his life enjoying time with his wife, family, and friends. He delighted in a good round of golf, or even a bad one if the company was good. He made music with friends and, in the process, made family through music. He loved old black and white TV and movies and even expanded to color by sharing his love of Minions with his granddaughter. Richard lived a rich life and made all of those in his sphere wealthier by his presence. A viewing will be held at Found and Sons Funeral Home in Fredericksburg, VA on May 9 from 5:00-7:00 pm. Services will be held at Shrine of the Most Blessed Sacrament in Washington, DC on May 10 at 11:00 am with burial to follow at Gate of Heaven Cemetery in Silver Spring, MD at 2:00 pm. In lieu of flowers, the family suggests donations be made to the American Cancer Society (www.donate3.cancer.org) to aid in preventing future families the pain this disease causes or to Arts on the Horizon (www.artsonthehorizon.org) to expand the love of music to another generation.

Richard Lee Shea, 76, passed away peacefully in his home on May 4, in the arms of his loving wife, during a thunderstorm as bold and lively as he. Although Richard's rapid decline was a shock to his family and loved ones, they are blessed for... View Obituary & Service Information

The family of Richard Lee Shea created this Life Tributes page to make it easy to share your memories.

Richard Lee Shea, 76, passed away peacefully in his home on May...

Send flowers to the Shea family.