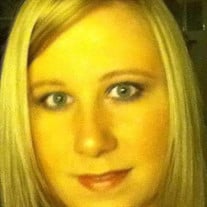 Kellie Maegan Butler was born in Fairfax, VA on March 10, 1978 to the late Johnny and Nancy Nosar. Kellie worked various jobs during her lifetime. She worked at Northern Piedmont Federal Credit Union, Environmental Systems Services, Daycare and New Market Associates. While working at NPFCU, she met the love of her life, Dale. In the summer of 2000, after briefly dating, Dale proposed and of course she accepted. Not too long after the proposal, Kellie joined the Free Gospel Church of Christ and was then baptized on November 19, 2000. The following year on February 3, 2001, Kellie and Dale were joined in marriage. Once married, she devoted her time to her husband and to her church. She and Dale became ordained deacon’s together. She also became a youth Sunday School teacher and touched the hearts of many by teaching the faith and love of God. After much travel, she was diagnosed with both ovarian and uterine cancer. She battled these two cancers bravely for eight years. She never lost her hope and faith in God. Kellie continued to smile even through the pain. On Saturday, December 4, 2021 at the Culpeper hospital, Kellie’s journey came to an end at the age of 43. Kellie leaves to cherish her husband of twenty (short) years, her husband Dale Butler; one sister, Kristen Garbutt (Aaron); her parents-in-law, Lilburn Butler and Betty Edwards (Ed); two brothers-in-law, Adrian Butler and Garland Butler (Denise); two sisters-in-law, Celeste Miller (Vincent) and Carol Simpson (Greg); and her God daughter Raylee Ward and her parents, Mark and Chrissy Ward. She is also survived by three aunts, Anna (William), Kathy, and Margo (Erhart); four uncles, George (Charlene), Henry (Cathy), Joe (Betty), and Freddy (Sherrie); and a host of nieces, nephews, cousins, and friends. A memorial service will be held on Saturday, December 18, 2021 at 12pm at Found and Sons Funeral Chapel, 850 Sperryville Pike, Culpeper with Bishop Harold Smith officiating. The family will receive friends one hour prior to the service. The family would like to invite those unable to attend to join our livestream at https://view.oneroomstreaming.com/authorise.php?k=1639783135154583 A reception will be held after the service at Inskeep Hall, 12240 Mitchell Rd. Mitchells, VA 22729. An online guestbook and tribute wall are available at www.foundandsons.com.

The family of Kellie Maegan Butler created this Life Tributes page to make it easy to share your memories.

Send flowers to the Butler family.