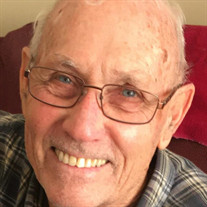 John Joseph Shephard, 77, of Rapidan, died Sunday, December 19, 2021, at Novant Health System UVA Culpeper. He was born May 28, 1944, in Flint, MI to the late Kenneth Willard and Helen Mae Shephard. On March 23, 1966, John married Patricia Ann Warren at the Church of Christ in Swartz Creek, MI. They lived in Gaines, MI and raised their children there. John worked for the Buick Motor Division of GM, Plant 81 in Flint, MI, for 38 years, as a parts order agent, retiring in 2000. In 2003, they moved to Rapidan, VA to be near their children and to enjoy their first grandchild. John was a loving husband, father and grandfather. He was very supportive of his wife. He often helped his sons with time consuming and tedious projects. He attended many of his grandchildren's events. John also loved spending time outdoors and doing projects around the house. He enjoyed gardening and spending time on his tractor maintaining his yard. John would regularly go for walks and could often be found in long conversations with friendly neighbors. He loved western movies, and his love of classic muscle cars was evident to most everyone who knew him. He is survived by his loving wife of 55 years, Patricia Ann “Patti” Shephard, three children, Thomas Shephard (Jill) of Knoxville, TN, Ryan Shephard (Lisa) of Jackson, TN, and Darrin Shephard (Heather) of Warrenton, VA; and thirteen grandchildren, Jack, Katie, Piper, Griffin, Amelia, Harper, Emersyn, Brody, Bauer, Lillian, Isaac, Naomi and Margaret. He is also survived by his brother, David Shephard (Patricia) of Durand, MI; his aunt, Nora Lewis of Phoenix, AZ, two nephews, Sean Shephard (Cari) of Durand, MI, and Christopher Shephard (Natalie) of Grand Blanc, MI, two brothers-in-law, Kenneth Warren (Connie) of Poplar Bluff, MO, and Andy Warren (Mary) of Paragould, AR, dear friends, and loving church families in Swartz Creek MI, and Culpeper, VA where he was a faithful member for many years. A funeral service will be held at 3:00 p.m. on Monday, January 3, 2022, at Found and Sons Funeral Chapel, 850 Sperryville Pike, Culpeper, VA with Minister Michael Morgan officiating. The family will receive friends one hour prior to the service. The family would like to invite those unable to attend to join the service via livestream at https://view.oneroomstreaming.com/authorise.php?k=1640371572155803 In lieu of flowers, donations may be made in memory of John Shephard to Children’s Homes, Inc. 5515 Walcott Road, Paragould, AR 72450. An online guestbook and tribute wall are available atwww.foundandsons.com. Found and Sons Funeral Chapel of Culpeper is serving the family.

The family of John Joseph Shephard created this Life Tributes page to make it easy to share your memories.

Send flowers to the Shephard family.