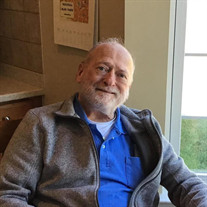 Joe B. Preston II, 80, of Culpeper, VA passed away on Saturday, September 19, 2020 at The Culpeper. He was born October 14, 1939 to the late Leonard Thomas and Estelle Preston in Richmond, Virginia. Joe graduated from Virginia Military Institute in 1961 and married Nancy Troxell in 1962. They both grew up in Culpeper. He was employed by DuPont in Richmond for 31 years (spending two of those years in Australia) where he was an engineer and manager before retiring at the age of 53. By that time, he had also obtained his Class A Building License and built six houses. After his retirement, he went on to become a Certified Building Inspector and worked part time for Powhatan County for ten years. He built the first Habitat for Humanity house in Powhatan. Joe had many hobbies, including fishing, hunting, remodeling and building houses and beach cottages, restoring antique trucks, poker, shooting pool, relic hunting, and swimming. Joe was an Elder at Providence Presbyterian Church in Powhatan and did many projects there. He later became a member of the Madison Presbyterian Church. Joe is survived by his wife of 58 years, Nancy T. Preston; sons, Joe B. Preston III of Lakeland, FL and Robert D. Preston of Culpeper, VA; granddaughter, Kera E. Robinson of GA; great grandson, Bentley Robinson; great granddaughter, Aurora Robinson; brother, Col. L.T. Preston, Jr.; and 14 nieces and nephews. In addition to his parents, Joe is preceded in death by his sisters, Patricia Evelyn Preston and Olivia Elizabeth Tielkemeier and brother, Thomas Joe Preston. Services are private. Memorial contributions may be made in Joe’s name to the American Parkinson Disease Association, 135 Parkinson Ave., Staten Island, NY 10305-1946. Found and Sons Funeral Chapel of Culpeper is serving the family.

Joe B. Preston II, 80, of Culpeper, VA passed away on Saturday, September 19, 2020 at The Culpeper. He was born October 14, 1939 to the late Leonard Thomas and Estelle Preston in Richmond, Virginia. Joe graduated from Virginia Military Institute... View Obituary & Service Information

The family of Joe B. Preston II created this Life Tributes page to make it easy to share your memories.

Send flowers to the Preston family.