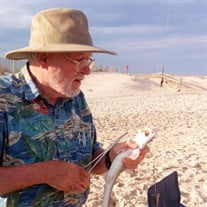 James Melvin Graham III, 78, of Lignum, VA, went to be with the Lord on October 18th 2021, at Mary Washington Hospital. He was the son of James M Graham II and Katherine Jarman Graham and grew up in Montgomery County, Maryland. James married Judith Dianne Marquette on 8/24/1966, and shortly after marriage Jay (as he was nicknamed) left Maryland for North Dakota. He spent the next 4 years as a missile control officer in the Air Force. During that service they had 3 children: James M Graham IV, Heather Lee Graham, and John Marquette Graham. Upon completion of his service, the family returned to Maryland, where Jay purchased his first home in New Windsor, MD, in 1971. They then moved to Murkle Rd in 1978 for a year before moving into a home on Turkeyfoot Rd where he resided till 2020. In 2020 he sold his house and moved to Virginia to be closer to his daughter and most of his grandchildren. Jay was an avid fisherman and boater and had his own business making electric motors for reservoir fishermen for many years. Jay was a follower of Christ and his faith was the cornerstone of his life. He was a loving father and grandfather who always had time to talk, give advice, or pray with you. He will be greatly missed but through our assurance in Christ’s salvation, we will see him again. Jay is survived by his wife Judith; sister Kaye Beall of Highland, MD and sister-in-law Andrea Harris of Hagerstown, MD; son James Graham IV, daughter-in-law Cindy Eaves, daughter Heather Toler, and son-in-law Chuck Toler; 9 grandchildren: James M Graham V, Daniel, Amy Lea, Elizabeth, Wesley, Sarah Jane, John, Abigail, and Timothy; and 8 great grandchildren: Annabelle, Theodore, Jennifer, Mariam, Adeline, Winston, Rodney, and Charlotte. He was preceded in death by his parents and his son John Marquette Graham. A visitation and memorial service will be held October 26th at Found and Sons Funeral Home in Culpeper, VA. The viewing will be from 12:30pm to 2pm with a funeral service immediately following at 2pm. The family would like to invite those unable to attend to join the service via live stream at https://view.oneroomstreaming.com/authorise.php?k=1634937250144076 An online guestbook and tribute wall are available at www.foundandsons.com Found and Sons Funeral Chapel of Culpeper is serving the family.

James Melvin Graham III, 78, of Lignum, VA, went to be with the Lord on October 18th 2021, at Mary Washington Hospital. He was the son of James M Graham II and Katherine Jarman Graham and grew up in Montgomery County, Maryland. James married... View Obituary & Service Information

The family of James Melvin Graham, III created this Life Tributes page to make it easy to share your memories.

Send flowers to the Graham family.