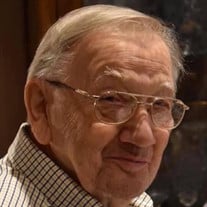 Henry Patteson Nash, 91, of Fredericksburg, Virginia, passed away on November 19, 2021, surrounded by his loving family. He was born to parents Martha (nee Mohler) and Samuel A. Nash on July 12, 1930 in Richmond, Virginia and graduated from Central High School in Washington, D.C. in 1948. During his lifetime, Henry married three times: to Carolyn (nee Tolar), 1948; to Frances (nee Murphy) 1963; to Betty (nee Spicer) 2001, all now deceased. In 1951, Henry was hired by All American Airways as a flight agent, serving as a cabin attendant and very soon after, began taking flying lessons. In 1954, he was hired as a copilot in Washington, D.C. and became a captain in 1957. During his 40-year aviation career, Henry instructed new copilots and captains, was a designated check airman and retired as Chief Pilot (DCA) in 1990. All American Airways became Allegheny Airlines, then USAir, before he retired from the company he served with pride, during which the industry changed from piston airliners to the modern age of jet travel. Known for his generosity and kind spirit, Henry was a mentor to many aviators and nothing pleased him more than spending time with his family, many friends and beloved pets. Henry is survived by his six children: Lynda Silverstrand, Janice Litt, Nancy Eubank, Marta Burklin, Matthew Nash and Melissa Nash-Long and 13 of 14 grand children and seven great grandchildren. A memorial service will be held at 1:00 p.m. on Saturday, December 18, 2021 at Hillcrest United Methodist Church, 2208 Lafayette Blvd, Fredericksburg. Interment will follow in Laurel Hill Cemetery.

Henry Patteson Nash, 91, of Fredericksburg, Virginia, passed away on November 19, 2021, surrounded by his loving family. He was born to parents Martha (nee Mohler) and Samuel A. Nash on July 12, 1930 in Richmond, Virginia and graduated from... View Obituary & Service Information

The family of Henry P. Nash created this Life Tributes page to make it easy to share your memories.

Send flowers to the Nash family.