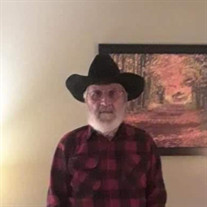 Garry Dean Beaty, 68, of Rhoadesville, died Monday, December 27, 2021 at his home. He was born March 31, 1953 in Alexandria to the late Lyle and Dorothy Beaty. Garry was a plumber for over 50 years, and retired from George Mason University.... View Obituary & Service Information

The family of Garry Dean Beaty created this Life Tributes page to make it easy to share your memories.

Send flowers to the Beaty family.