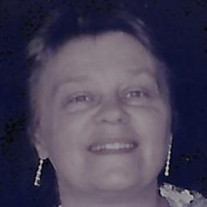 Eleanor Jean Atkins Snellings, a Fredericksburg area native, long-time nurse at Mary Washington Hospital and dedicated family matriarch, passed away unexpectedly on Oct. 21 in her home. She was 79. Born Oct. 10, 1942 in Fredericksburg, Eleanor attended James Monroe High School, where she played softball and was an Honor Card Society member. After graduating in 1961, she attended Maryland’s Washington County Hospital Nursing School and earned her nursing degree. New Haven, Connecticut was the next stop on Eleanor’s journey, where she held her first job as a registered nurse, at Yale University Hospital. While she enjoyed Connecticut, Eleanor’s ties to home were strong, and pulled her back to Fredericksburg, where she accepted an offer to work for Mary Washington Hospital. Her 40-year nursing career included positions in key critical-care units. She retired in 2006. While her professional career was fulfilling and helped many people, Eleanor’s personal life was even more fruitful. Shortly after returning to the area, she met her future lifelong partner Kenneth, a fellow Fredericksburg native. A lunar eclipse brought Eleanor out into her Pelham St. backyard. Kenneth, a U.S. Navy veteran who recently returned home, was living next door. He came out to see the eclipse, and found Eleanor. Eleanor and Kenneth got married in 1969. They enjoyed traveling whenever possible, and made Cape Cod, Mass. and Hilton Head, S.C. regular vacation spots for decades. Eleanor’s softball career ended in high school, but her passion for hobbies never waned. She became an accomplished oil painter, decorating her family’s walls with landscapes, animal scenes, and still-life works. She also collected and refinished antique furniture, and became an avid collector of Steinbach Nutcrackers and depression glass. Her community knew her as the “neighborhood nurse” long after she retired from the hospital. Her kind, generous, and giving spirit will be missed. Eleanor is survived by her husband of 52 years, Kenneth Snellings; two daughters, Christina Ferber of Spotsylvania County and Elizabeth Bull of Fredericksburg; three grandchildren, Jonah Ferber, Brian Stone, and Christine Stone; four great-grandchildren; one great-great-grandchild; and many other family and close friends. She was preceded in death by a son, Kent Snellings; her parents, Clarence and Irene Atkins; and brother, Sidney Atkins. A celebration of life service will be held at 7:00 p.m. Wednesday, October 27, 2021 at Unity of Fredericksburg, 3451 Jefferson Davis Hwy, Fredericksburg, VA 22408. In lieu of flowers, the family asks willing donors to support Friends of the Rappahannock, via RiverFriends.org/donate.

The family of Eleanor Jean Snellings created this Life Tributes page to make it easy to share your memories.

Send flowers to the Snellings family.