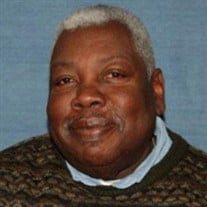 Edward Duncan Mitchell, retired Middletown, NJ Industrial Arts Teacher, passed away suddenly and unexpectedly in his home at Lake Anna (Mineral), Virginia on Tuesday morning, August 17, 2021. Born in Lincoln Hospital, Bronx, NY, February 22, 1943, to the late Edward and Maude Duncan Mitchell, he grew up in Bordentown, NJ and lived in Fair Haven during his teaching career. He graduated from NC A&T in 1966. He began his career in Danville, VA and also taught in Ohio. He was a beloved, respected teacher at Middletown’s Thompson Jr. High (where he met his future wife in 1975) and Middletown HS South. He retired in 2000. During the ‘60s he was very involved in the Civil Rights Movement and during his teaching career was an effective union representative. In retirement he could be counted on as “the-go-to-guy.” He will be sadly and eternally missed by his wife of 31 years, Pat (Mary Bakutes-Mitchell); sister, Myra; brother, David and his wife, Diane; several nieces, nephews, grand-nieces and grand-nephews; multitudes of friends everywhere; and finally his beloved dogs, Lucy and Hercules! In lieu of flowers, the family asks that donations be made to a memorial fund in Ed’s name, in care of Kirk O’Cliff Presbyterian Church (PO Box 414, Mineral, VA 23117) or to Spotsylvania Fire Co./Rescue Station #9 (Belmont) (7100 Belmont Road, Mineral, VA 23117) to honor their always valiant efforts to save lives. The family will hold a memorial service Wednesday, September, 29, 2021 at 2:00 p.m. at Kirk O’Cliff Presbyterian Church, 16420 Monrovia Road, Mineral, VA with Pastor John Grotz officiating. Inurnment will follow immediately at Kirk O’Cliff Presbyterian Church Cemetery. An online guestbook and tribute wall are available at www.foundandsons.com Found and Sons Funeral Chapel of Culpeper is serving the family.

The family of Edward Duncan Mitchell created this Life Tributes page to make it easy to share your memories.

Send flowers to the Mitchell family.