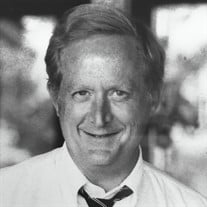 Douglas Kirkwood Baumgardner, age 70, of Washington, Virginia, died peacefully at his home on November 30, 2021, surrounded by his family. He was born December 3, 1950 in Alexandria, Virginia to Ruth Kirkwood Baumgardner and the late Fanning Miles Baumgardner. His family purchased a small farm in Rappahannock County in 1959, where they spent weekends and summers before moving permanently to the county in 1972. Doug attended Thomas Jefferson High School in Alexandria, graduating in 1969. He was a proud graduate of the Virginia Military Institute, class of 1973, earning a degree in economics. While at VMI, he served as editor of the school newspaper, The Keydet, and earned the James C. Wheat, Jr. Economics Medal. In 1988 and in 1992, he was honored to be twice appointed by Virginia Governors to serve on the VMI Board of Visitors. He served in the United States Army Reserve and in the National Guard, obtaining the rank of Captain. From a young age, Doug aspired to be an attorney. An avid reader, he had a keen interest in history, Virginia politics, and the law. He graduated from University of Virginia Law School, J.D., in 1976. He first practiced in Madison County, where he met his wife Margaret, and then with the Rappahannock branch of Lea, Davies, Crigler, and Barrell. After serving as Commonwealth’s Attorney for Rappahannock County from 1980-1983, he opened his long-standing law practice in Washington. He was Commissioner of Accounts for Rappahannock County, a substitute judge for the 20th Judicial District, and Town Attorney for Washington, 1979-1986. His law practice would later expand and became known as Baumgardner, Brown, & Cupp. A talented trial attorney, Doug specialized in eminent domain work, representing VDOT and private landowners until his retirement. Friends describe Doug as a helper, who loved to assist the local community with their legal needs, and remember him for his kind, wise, and thoughtful demeanor. A natural leader, he was active in many civic organizations, serving as president of the Rappahannock Historical Society and Rappahannock Lions Club, and on the boards of Headwaters Foundation, Rappahannock School Board, and Northern Piedmont Community Foundation. He freely offered legal assistance to organizations within the county such as fire and rescue when needed. Doug was a faithful and active member of Trinity Episcopal Church. For many years, he taught the adult Sunday School class, “Doonesbury with Doug”, served several times as Senior Warden on the Vestry, and was a litanist and lay eucharist minister. A student of theology, he enjoyed reading works by C.S. Lewis, Mary Oliver, writing prayers, and completed the 4-year Education for Ministry class. A devoted father, Doug supported his four children in all of their endeavors. Coaching and supporting youth RAA baseball was one of his great joys. A huge baseball fan, he was loyal to the Washington Senators in his childhood, then a supporter of the Washington Nationals, and was frequently seen wearing a Nats baseball cap. He enjoyed playing tennis, baseball, and fox hunting in his early years. He also was a connoisseur of authentic bluegrass and folk music and enjoyed attending festivals around the area, particularly when Ralph Stanley was performing. For over 20 years, he valiantly fought Parkinson’s Disease, participating in clinical trials that might offer help to others. For many years, he continued to enjoy hiking, swimming, yoga, and long walks along the Rush River in Harris Hollow. He is survived by his mother, Ruth K. Baumgardner, of Washington, Virginia, his devoted wife of 44 years, Margaret DeJarnette Baumgardner, of Washington, and four children, daughter, Caroline B. Walker of Flint Hill, son, Alex M. Baumgardner of Washington, son, Spencer D. Baumgardner (Molly Kubiak) of Sunnyvale, California, and daughter, Julia B. Chung (Alan Chung) of Vienna, Virginia. He is also survived by a brother, John M. Baumgardner of Stephens City, a sister, Ann H. Baumgardner of Washington, and six grandchildren, Brooke Woodward, Marion ‘Mimi’ H. Walker, Thomas G. Walker III, Ursula K. Baumgardner, Henry ‘Hank’ L. Chung, William S. Chung, as well as many devoted brothers and sisters-in-law, nieces, and nephews. Services will be held on Saturday, December 11, 2021 at 1:00 pm at Trinity Episcopal Church, Washington, Virginia. A reception will follow the service in the parish hall. A private interment will take place at St. Paul's Cemetery, Woodville, Virginia after the reception. The family will receive visitors on Friday, December 10, 2021 at Found and Sons, Culpeper, Virginia, from 5:00 to 7:00 pm. Memorial contributions may be made to Trinity Episcopal Church, P.O. Box 299, Washington, Virginia, 22747, or to The Parkinson’s Foundation, parkinsons.org. An online guestbook and tribute wall are available at www.foundandsons.com. Found and Sons Funeral Chapel in Culpeper is serving the family.

Douglas Kirkwood Baumgardner, age 70, of Washington, Virginia, died peacefully at his home on November 30, 2021, surrounded by his family. He was born December 3, 1950 in Alexandria, Virginia to Ruth Kirkwood Baumgardner and the late Fanning... View Obituary & Service Information

The family of Douglas Kirkwood Baumgardner created this Life Tributes page to make it easy to share your memories.

Send flowers to the Baumgardner family.