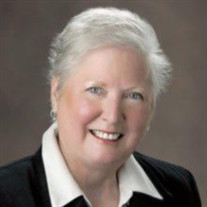 Deborah Ray Klingensmith of Fredericksburg, VA, age 68, passed away March 12, 2022. She is lovingly survived by her husband, Samuel Klingensmith; son Justin Klingensmith; Klingensmith grandchildren, Jordan, Taylor, Aiden, as well as Cheyenne Kulka; Sister, Mary (Richard) Williams; Brothers William, James, and Glenn R. Ray. Debbie was preceded in death by her parents Glenn W. and Dorothy Ray of Lakewood, Oh; step daughter, Nicole Klingensmith Beach of Pennsylvania. Debbie was a lifeguard in early years and swam on both the Lakewood High and Ohio State synchronized teams before marrying and moving to North Carolina. Her North Carolina and Fredericksburg career in real estate spanned over 35 years. Locally, she worked eleven years on the Education Committee, was a FAAR Academy instructor, mentor and teacher, obtained her GRI certification, and won the FAAR 2015 Code of Ethics Award. Debbie participated in life, was hard working, and creative. Above all, she loved spending time with family and was passionate about kids. She worked with the Boy Scouts in NC, was a local ACES (Association for Enforcement of Support) board member, volunteered for March of Dimes, spent time helping local children read at Salem Elementary and participated in many 5K events for the Mary Washington Breast Cancer Fund. Debbie always lent a helping hand, was a true kid at heart, and never missed an opportunity to plan and execute an event. A Celebration of Life will be announced and held at a later date for all those who wish to gather and remember Debbie’s love of laughter, fun and sharing. In lieu of flowers, donations can be made in her name to the Breast Cancer Initiative at https://www.marywashingtonhealthcare.com/Foundations/Mary-Washington-Hospital-Foundation.aspx

The family of Deborah Ann Klingensmith created this Life Tributes page to make it easy to share your memories.

Send flowers to the Klingensmith family.